Arise! Awake! To the Holy Land of Windy City!

Chicago, IL | July 1 – 4, 2005 Swami Vivekananda captured the hearts of the western world with 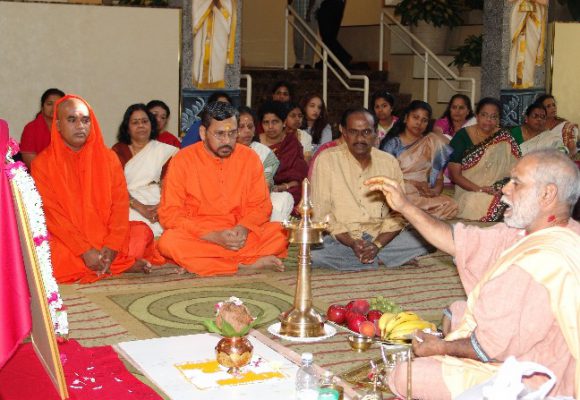 Swami Vivekananda captured the hearts of the western world with his address at the World Parliament of Religions in 1893 held in Chicago. True to his clarion call “arise, awake, and stop not till the goal is reached”, KHNA selected the Windy City for its third biennial convention. The once-fledgling organization is no longer a baby.

The continental Hindu Malayalee community is now well aware of KHNA, and the Hindu organization of Chicago, “Geethamandalam,” under the able leadership of new KHNA President Sri Anil Kumar Pillai takes up the responsibility to take KHNA to the next level. KHNA starts its quarterly magazine, Anjali, as well as the frequent email newsletter, eAnjali. The magazine subscription base and the KHNA mailing list grew several fold during this period to over 1500 members, and KHNA also made inroads into the US west coast, with involvement by Southern California members.

Seva activities also started, with fundraising for Tsunami disaster relief resulting in several relief houses being built by Seva Bharati with KHNA funds. The Chicago convention saw a substantial increase in registration, with nearly 350 families and over 1000 people attending. The classical music concert by Dr. Sreevalsan Menon and the dance ballet on Swami Ayyappa by the Dharani School from Kochi were the cultural program highlights. See the 2004 Activities and the 2005 Activities pages for details of several KHNA meetings and activities held during this period.