A convention of 700 Keralite Hindus was held at the Thrimurti Nagar in Dallas, Texas, to facilitate a 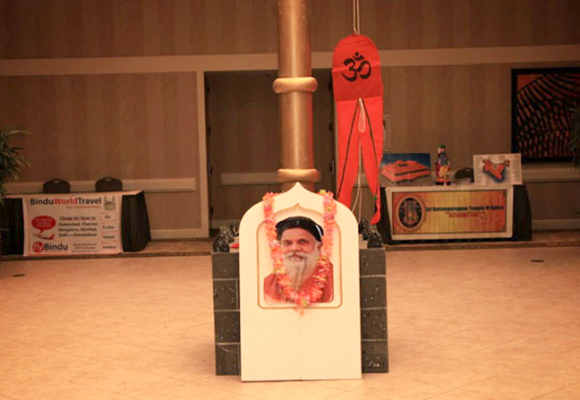 A convention of 700 Keralite Hindus was held at the Thrimurti Nagar in Dallas, Texas, to facilitate a spiritual reawakening among the Malayalee Hindu community in North America. It was the first of its kind in North America, and was addressed by religious leaders from India and the United States. The Kerala Hindu Society of Dallas, Texas hosted the convention along with council members from all over North America. The convention was inaugurated by the spiritual inspiration behind KHNA, Jagadguru Swami Sathyananda Saraswathi, head of the Ramadasa Ashram in Chengottukonam in Kerala, and Sree Ramadasa Mission in the US. The event included a youth forum discussion, religious discourses, a classical concert, and group prayers. Sri K. G. Manmadhan Nair was the organizing committee chairman. The organizing committee included Sri T. N. Nair, Sri Gangadharan Ala and Sri Gopala Pillai.