To the Capital City without Politics? You’re Kidding!

Yes, KHNA smoothly proceeded to the next city with nary a hint of politics that many other such 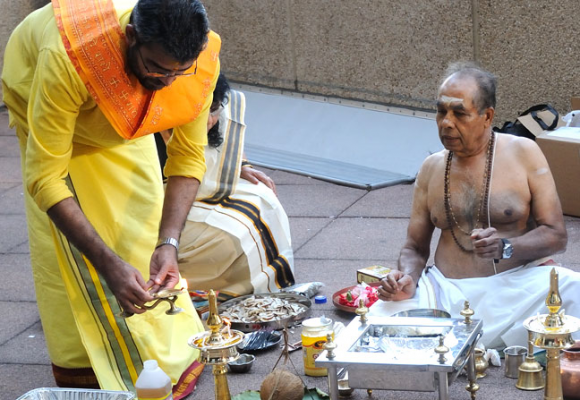 Yes, KHNA smoothly proceeded to the next city with nary a hint of politics that many other such organizations suffer from. The baton was passed from the west coast to the Washington DC group, led by the President Sri M G Menon (DC), Trustee Chairman, Sri. Raju Nanoo (NY) and an army of eager volunteers from the DC Metropolitan area, Virgina, Maryland and the surrounding areas, including the city of Philadelphia. The convention saw over 1000 people staying at the hotel, and the number of registrants were the most-ever for KHNA conventions.

The most successful aspect of the two years of leadership from Washington DC was that many cities with problematic divisions in the Hindu community saw everyone uniting together under the KHNA banner. The DC convention had the best-ever cultural program line-up in KHNA history along with a great array of spiritual leaders, speakers and luminaries. The family atmosphere of the KHNA conventions with the highest-ever participation in the children’s and youth competitions also points to how well the capital city volunteers helped establish KHNA objectives firmly in the minds of the continental Hindu community.